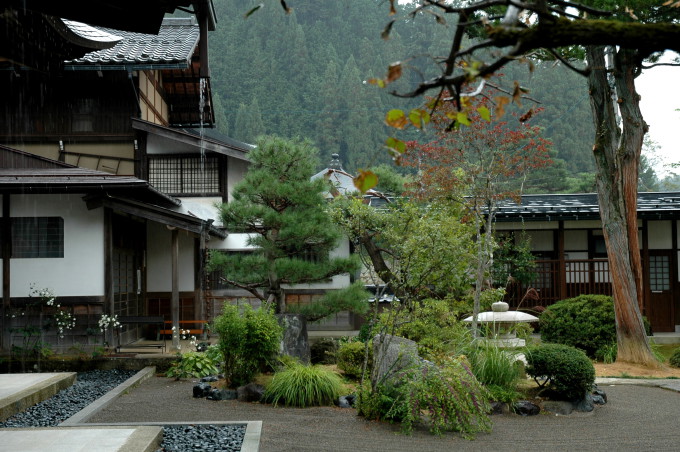 5 things to love in Japanese gardens

My daughter is going to Japan on holiday next week.  She is sorted for stationery-buying, ceramics-viewing and ramen-eating – three of her passions – and asked if I could recommend a few gardens for spare moments. Yes! But how many? I could have come up with a list to last her months, so instead we talked about what’s to love in Japanese gardens. Here are a few things: 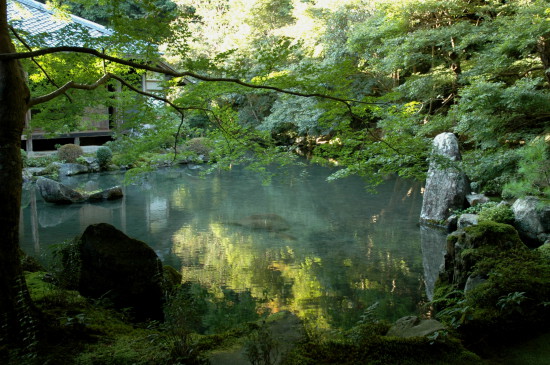 This is a little Zen garden in a not-much visited temple on the outskirts of Kyoto called Renge-ji. A still pond, trees, rocks. Beautiful isn’t it? It makes me feel that if I could sit on that wooden viewing platform every day I might even learn to meditate! While the stones in this and other zen gardens have an aesthetic value, they also serve a larger purpose. In Zen thought, stones have a spiritual life and individual character; the late 11th-century Japanese manual for garden-making recommends the gardener engage in a dialogue with the stone about placement – and follow the stone’s request. (Did that make you look at the rocks in the picture a bit more closely?)

According to Zen designers, it’s possible to represent everything in nature by using different scales of stone. And so the ultimate in zen gardening is the dry-stone garden, or keresansui. The best known of these is the one at Ryoan-ji in Kyoto, but this one, in Ginkaku-ji, the silver pavilion in Kyoto, is also wonderful. Zen is not something that can be seen; but it can be expressed. The dry garden embodies Zen, but also trains it as the priest who rakes the gravel must focus his attention and practise self-discipline. 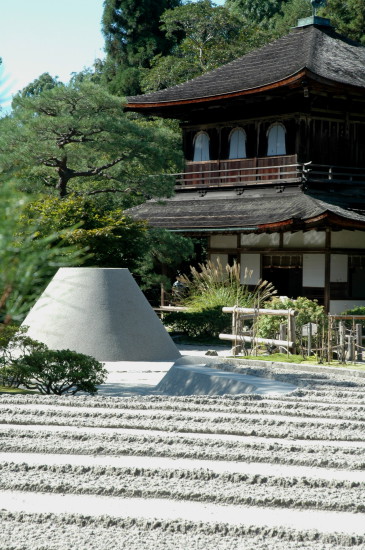 Judging by some of the herbicides on shelves in hardware stores, we think of moss as nothing but a problem. In traditional Japanese gardens though, moss is a revered inhabitant. It gives character to a garden, as well as a prized sense of age.  Here is the moss carefully cultivated at Ginkaku-ji. The sign says ‘Very Important Moss (like VIP)’! 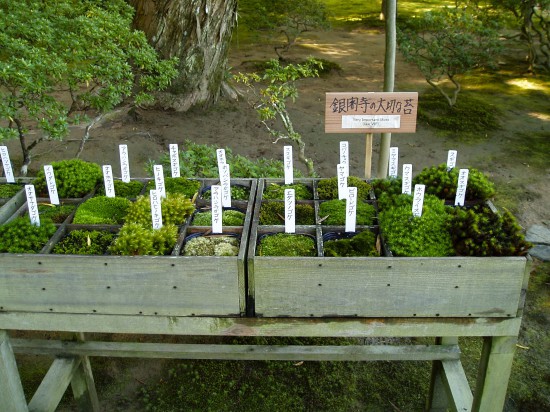 I love the reverence for old things in Japan. It is quite liberating to be not so young and beautiful in a culture that admires the way walls discolour and crack over time, and trees become twisted and shaped by the conditions of their life. The Japanese treasure the imperfect. The aesthetic concept associated with this is called wabi-sabi, and it encompasses impermanence, simplicity, frugality and imperfection. The most sought-after cups for tea ceremony, for instance, express wabi-sabi through their uncultivated, unfinished or slightly wonky appearance.

Here’s a picture of a wall that expresses wabi-sabi beautifully. I took the photo on the ‘art island’ of Naoshima, where the Benesse corporation has built museums to house its art collection, and funded contemporary artists to develop installations in traditional houses in the old fishing village. While waiting my turn to see one of James Turrell’s light installations, I found myself mesmerised by the art of the light on the garden wall. 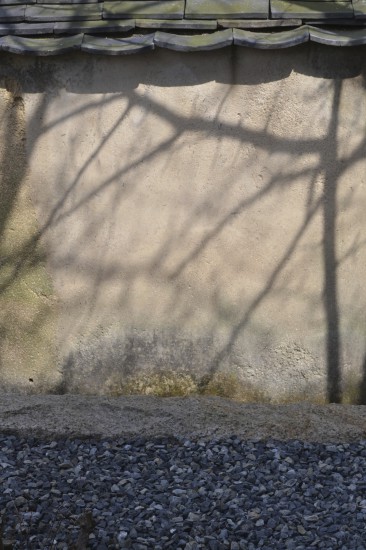 Coco Chanel once advised women to get dressed – and then take one thing off.  She must have been reading Japanese garden designers. The Japanese garden is all about how to achieve an effect by taking away, not adding. Not too many flowers, not too many showy things, an absence of razzle dazzle. It makes for very peaceful gardens, like this one, outside the castle in Himeji. 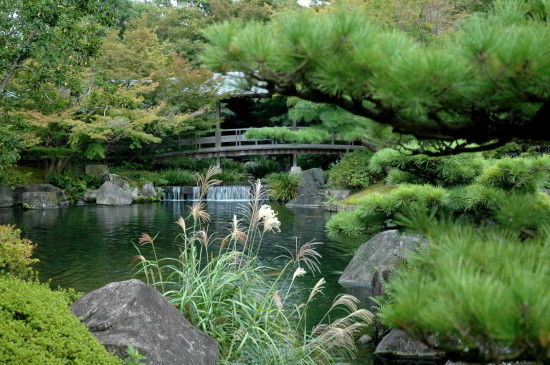 Any designer likes to control the way you view a garden, but the Japanese are the masters. The incomplete view is part of the tradition of Japanese garden design. Doors and windows and gates are used to block part of the view and leave what remains all the more intriguing. View-trimming also suggests what is beyond; while hiding what is not. This is the foyer of the New Otani Hotel in Tokyo, built in 1964. It was used as the location for the Bond film ‘You Only Live Twice’ – and you still expect a dashing Sean Connery in a trim suit to walk across the chequerboard carpet. The early ’60s aesthetic is fantastic, but so is that strip of juniper at ground level. It suggests that if those rice paper-like screens were lifted, a vast garden would be revealed. The mind invents a garden, but if you take a peek, there is nothing there but another building. 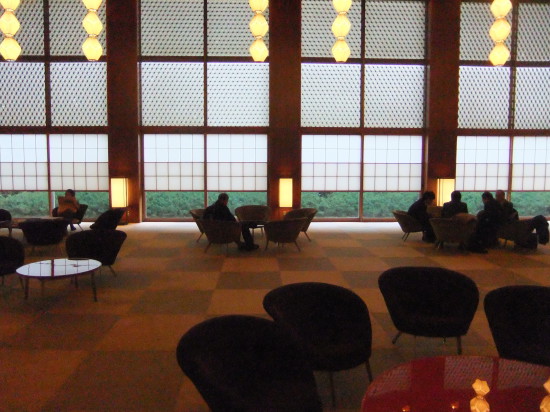 The opposite of the trimmed view is the borrowed view. The Japanese word for this is shakkei. The idea is to build the garden in such a way as to link it with distant views so that the outlook is a seamless vista. This view, at Koroku-en, in Okayama, is particularly famous. The black wings of the so-called Crow Caste, Okayama Castle, appear to be part of the garden, thanks to the mounding of hills and the planting. In fact it’s a good long trek over some really busy roads. 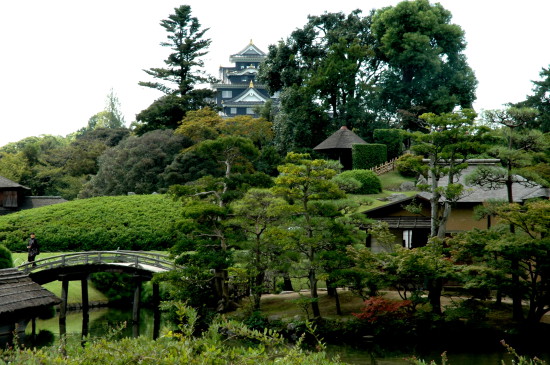 We travel to Japan twice a year – in the spring to follow the ephemerality of the cherry blossom, and in autumn to track the maple leaves and chrysanthemum shows.