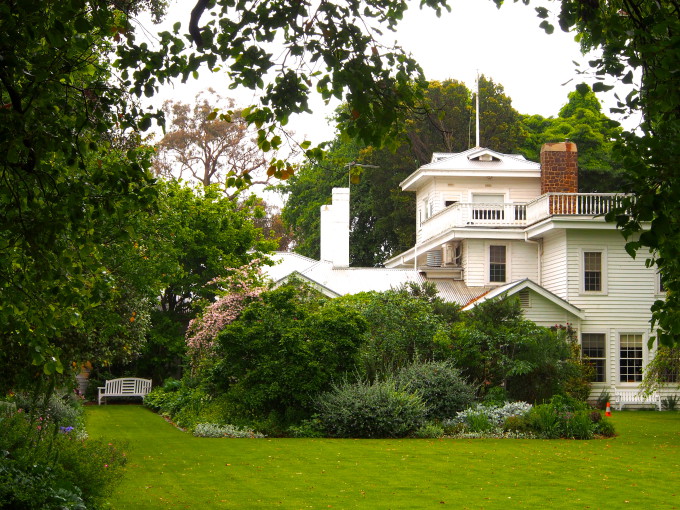 Would Cruden Farm retain the the wonderful spirit of Dame Elisabeth Murdoch without her physical presence? This was the question that concerned me when I took a group of Ross Garden travellers to the garden a week or so ago. Of course I shouldn’t have worried. As Michael Morrison, her gardening partner for 42 years told me, ‘The Boss always had a plan!’ In this case The Boss’ plan was for the development of the Keith and Elisabeth Murdoch Trust, whose charter is to maintain Cruden Farm as a place for public recreation. Phew. Nothing to worry about and plenty to enjoy. 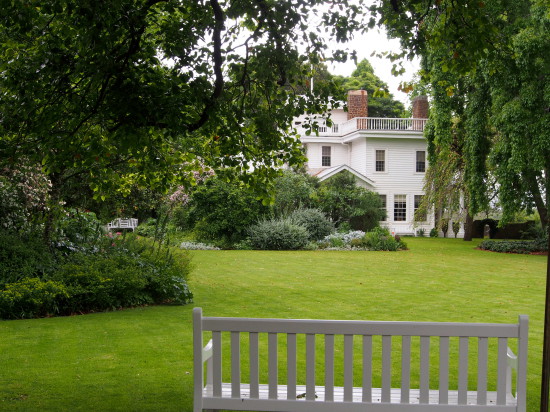 The garden is intimate and domestic, despite its scale. It was laid out by Edna Walling in 1929, but its character – and its wonderful sense of serenity – is down to Dame Elisabeth. As a young woman she had the foresight to plant and to nurture trees, watering with buckets and shifting houses at dawn. These now allow the house and the garden to nestle comfortably into the landscape. (That tree on the right in the pic above is a very rare evergreen oak, Quercus firthii. It’s so rare in fact, this might be the only one.) There are a few vestiges of the Walling design left, one is the iconic avenue of lemon-scented gums that was the original driveway when the property was a farm in a farming landscape. (It’s now a farm in a suburban landscape!) 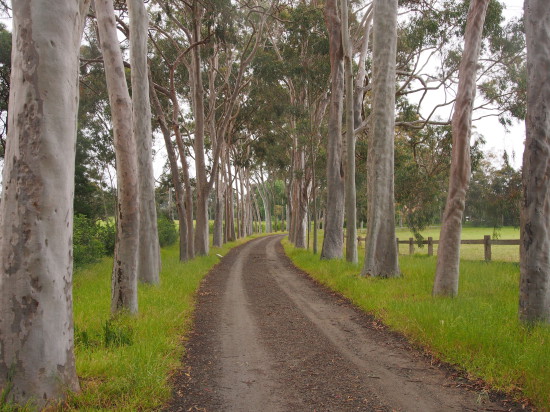 The other remainder of the Walling design is the walled garden below the house. Walling’s plantings weren’t suited to the conditions and in the ’40s Dame Elisabeth changed it up and installed two wide perennial borders instead. The borders are designed for maximum impact from early summer through autumn. Our spring visit saw the beds just leaping into growth. The delphiniums, thalictrum and alchemilla mollis were mounds of such fresh green promise I wanted to pat  them – despite the rain! 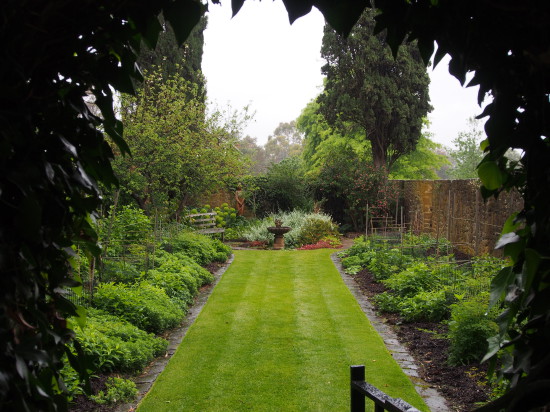 After her husband Keith died in 1952, Dame Elisabeth managed the whole garden on her own until 1971, when Michael Morrison started helping out on Sundays. The pair subsequently formed what the new Cruden Farm General Manager John Christie describes as one of Australia’s great gardening partnerships. John was our garden guide this year as Michael only had time to say hello. He was preparing for a major event the following day, the inaugural Victorian Volunteer of the Year award, and hadn’t quite finished the lawns, which he mows by hand. He prefers the slower pace of a domestic lawnmower to a ride-on and reckons it gives him time to look closely at the garden! 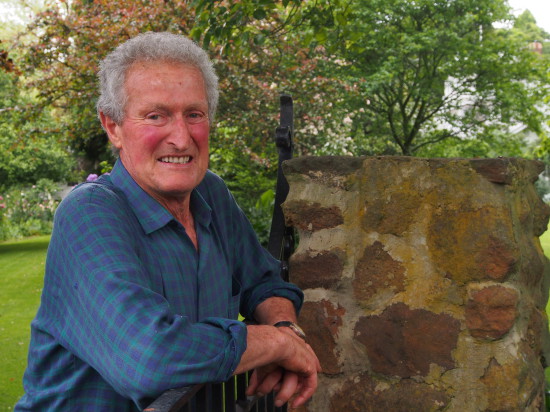 In the later part of Dame Elisabeth’s life Michael and The Boss would tour around the garden in her electric buggy, making plans for grand changes and minor tweaks, many of which are still being implemented. When we visited last year Dame Elisabeth was bed-bound with a broken leg, but still had daily meetings with Michael who took her flowers from plants newly in bloom so they could talk about what was going on in the garden. 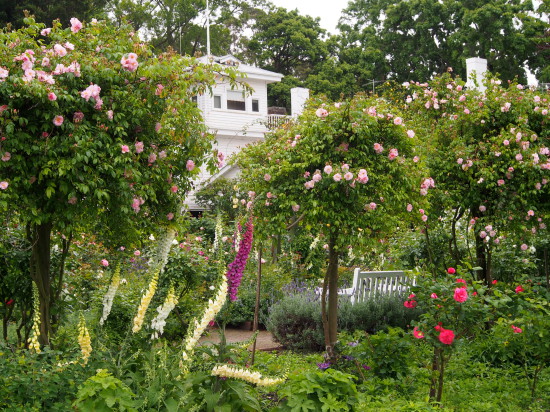 There was plenty going on in the picking garden when we visited, where roses bloom as standards, bush and pillars. In this garden there is a row of the ‘Dame Elisabeth Murdoch ‘rose, which was bred by the German rose breeders Kordes in 2001. It’s a lovely rose, a bit reminiscent of ‘Peace’. It was looking especially beautiful – and the misty rain only helped. You can find it at Treloars if you feel smitten. 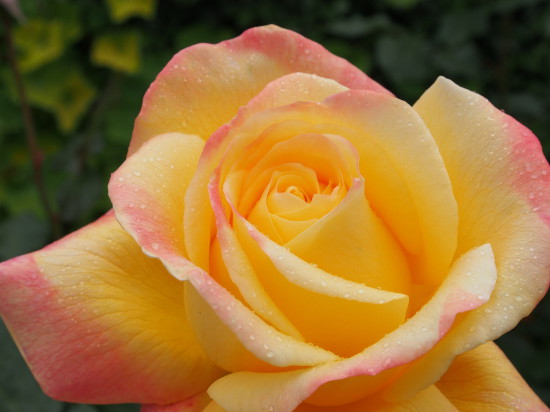 A garden nurtured by the same person from more than 80 years is always going to be a rarity, but Cruden Farm is more than that. Take the opportunity to visit if you can. 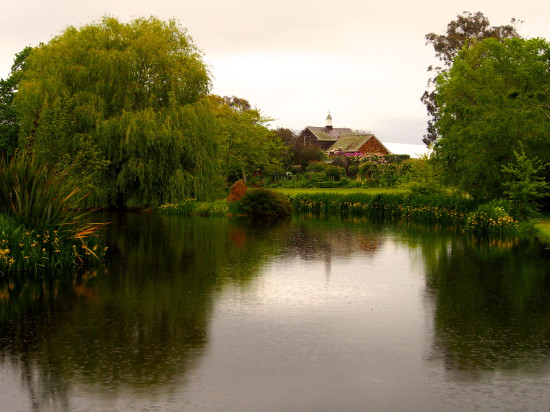 We’ll be back at Cruden Farm next spring, on our Great Southern Rail tour. We’ll let you know when the new itinerary is ready, or you can send us an email and ask to go on the waiting list.