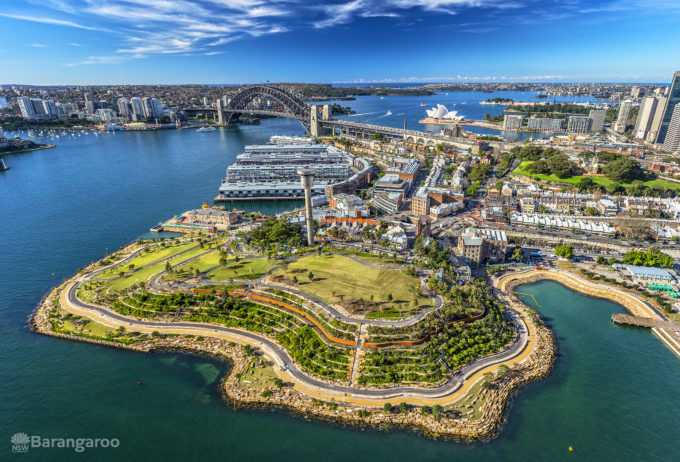 Graham Ross describes Barangaroo Reserve as “a monumental example of urban renewal”. It’s truly a remarkable story of the transformation of a disused container terminal on the edge of Sydney’s CBD into a spectacular 22-hectare waterfront precinct. When Barangaroo was opened to the public in 2015, it marked the first time in more than 100 years that people could access this part of the city’s western waterfront.

Barangaroo’s renewal is an uplifting story. You can learn more by watching the video below with Graham Ross and Better Homes and Gardens. It’s terrific – you’ll take a tour of the site, see Graham chat with Stuart Pittendrigh, Barangaroo’s Landscape Architect and get some fascinating insights into the landscape design, plus the trees and plants used in the Reserve.

Barangaroo is named after a powerful Cammeraygal woman who lived in the area at the time of early colonial settlement. She was a key figure in local Aboriginal culture and community, and remains so today. Barangaroo’s second husband was Bennelong, after whom Bennelong Point is named – the site of the Sydney Opera House. Barangaroo was home of the Gadigal of the Eora Nation, the traditional owners of the Sydney city region and is today, one of Sydney’s most important cultural sites.

The 6-hectare Reserve features an astonishing 75,000 native Australian trees and shrubs, with more than 84 different species that were native to the Sydney region over 200 years ago. There are five species of wattle, three species of banksia, and local species such as the Port Jackson Fig, Sydney Red Gum and Gymea Lily. Their flowers, berries and seeds have attracted native birds back to the area including lorikeets, egrets, cormorants, cranes and plovers. Go here for a list of Barangaoo Reserve Plants 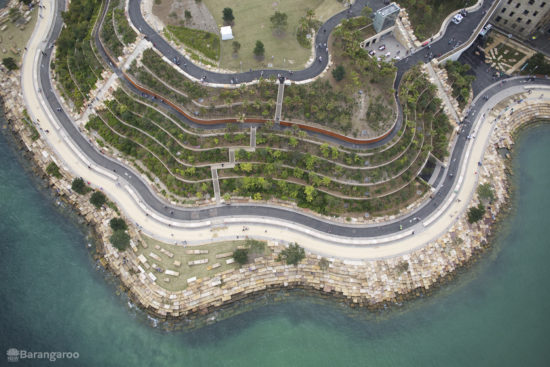 Visiting Barangaroo Reserve for the first time, you might want to do a Cultural Tour with one of the Aboriginal Educators. The tours are fascinating! As you explore the Reserve with your guide, you’ll learn much about the area’s Indigenous history, the local plants and the creation of Barangaroo. Go here for more about Barangaroo Tours

Ross Tours is taking a Barangaroo Cultural Tour November, 2020 during our Inside Sydney Gardens Tour 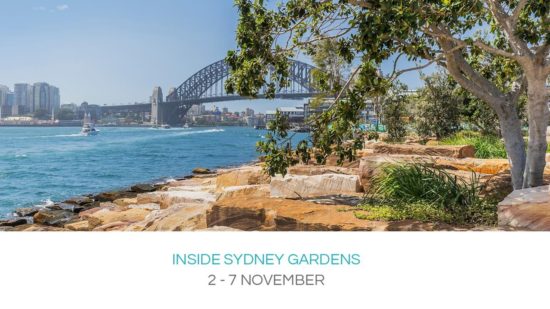 Information and images courtesy of barangaroo.com