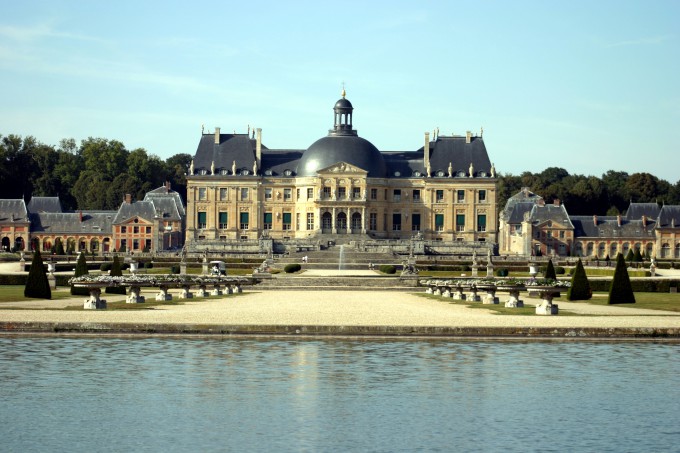 It’s 400 years since France’s most influential garden designer, Andre le Notre, was born. Linda Ross wishes we could throw a party like the one that launched his first great garden, Vaux-le-Vicomte.

“If I were a time traveller, one date I’d put in my calendar would be 17 August 1661. The event I want to attend is the housewarming party for the charming château of Vaux-le-Vicomte in Maincy, 55km south-east of Paris. It was quite a do: a play written for the occasion by Moliere was performed; the food was served on gold plate and was fit for a king (he was a guest); papier mache whales floated across the canal and there was beaucoup de champagne for the 6000 guests. The host of the party was Nicolas Fouquet, finance minster for Louis XIV. It was the best day of his life – and then it was the worst. Voltaire wrote about the night: “..at six in the evening Fouquet was the King of France: at two in the morning he was nobody.” Fouquet’s great error was to have outshone the king with the beauty of the chateaux and its wonderful gardens.

The man responsible for the gardens, Andre Le Notre, was born 400 years ago this year, into a family of renowned gardeners. His father, Jean Le Nôtre, was the head gardener at the Tuileries Gardens, a position Andre took on in 1637. Nicholas Fouquet started work on his chateaux in 1657, using the skills of a talented trio – architect Louis Le Vau, painter Charles Le Brun, and the gardener André Le Nôtre. It was Le Nôtre’s first major garden design and he was given carte blanche to design the entire project: fountains, gardens, cascades, ramparts and contours. He laid out a grand, symmetrical arrangement and to bring his vision to life a village was swept away, a river diverted, the landscape extensively remodelled and huge underground canals dug.

The result is a perfect example of French structure and order. The design expresses power and status, while engaging with the philosophical ideas of the day and using the latest mathematical knowledge. Le Notre’s style was subsequently adopted throughout England, Germany, Austria and Russia.

The châteaux appears to float on a wide moat, and looks out over swirling carpets of broderie to a highly controlled vista. Le Notre’s understanding of mathematics allowed him to play with perspective and scale, a technique he called ‘anamorphosis absondita’ (hidden distortion). One of the effects of this technique is that the long axis from the Terrace of Diana to the Statue of Hercules at the distant point of the garden appears to be much longer than its actual 1.3km. It won’t take the tiny ant-like people in this photo nearly as long to walk to the end of the garden as they think it will! 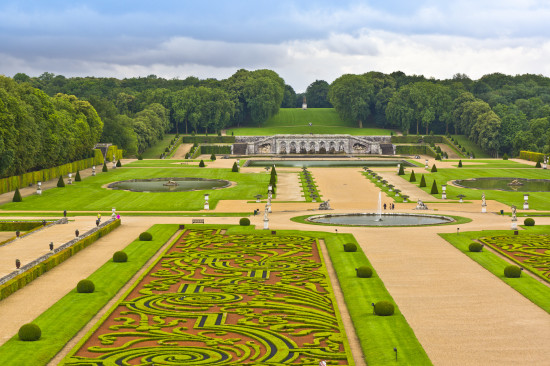 The triumph of the grand fete at Vaux-le-Vicompte that summer evening was its host’s downfall. Fouquet was arrested and imprisoned a few weeks later and never saw his beloved chateaux again. Its designers fared better. The King, not to be outdone by his finance minister for long, employed the trio to better their work at Vaux with what was a royal hunting lodge  – at Versailles! When I look out at the magnificent vista of Versailles, and marvel at its scale, symmetry and control, I do spare a thought for Fouquet and his lost garden. (What do you think – Versailles, here it is below, is certainly bigger, but is it better?) 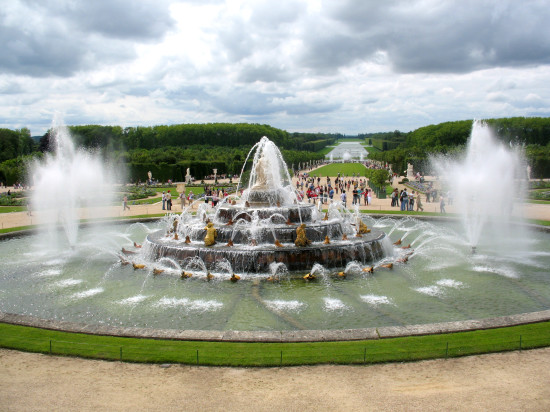 Versailles is Le Notre’s best-known work but every visitor to Paris has reason to thank him for something else besides. As head gardener for the Tuilleries he was responsible for extending a line out from the gardens, which became the main spine through Paris, the Champs Elysee.