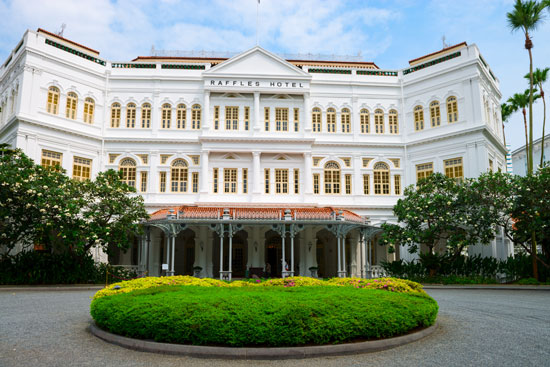 Linda has just returned from Singapore, where one of her highlights was High Tea at Raffles. She writes this postcard whilst walking the white marble walkways past rooms with signs that read ‘Tiffin’, ‘Long Bar’ and ‘East Indie’ with her pith hat and rifle.

On arrival at Raffles – Singapore’s landmark colonial hotel – I spot my favourite flower, the white tropical frangipani, Plumeria obtusa with its classical reflexed petals and paddle shaped leaves. Raffles is surrounded by ancient frangipani trees that hug the white façade and perfume the air, immediately transporting me into the seductive world of a bygone era. If only I could grow this species in my Sydney garden, my life would be complete, but unfortunately it’s too cold. I dip my head to the Indian porter and continue. 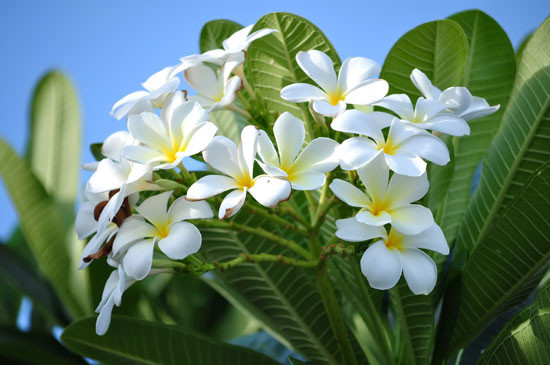 Did you know that gardens make up a quarter of the land of Raffles? I didn’t. Raffles is the green heart in the middle of modern Singapore. An oasis of colonial style, but also a destination for sugary treats, red gingers, moth orchids and the wafting smells of ginger dumplings.
It’s off to explore the gardens. I adored the Palm Garden where an elaborate fountain takes pride of place; its melodious tinkle of cascading water soothing. Made in Glasgow, Scotland, it was first located at the Telok Ayer market and later, in front of the Orchard Road market. The fountain was then moved to the Grand Hotel in Katong in 1930, and was subsequently stored in the garden of a Singapore family, who donated it to Raffles. 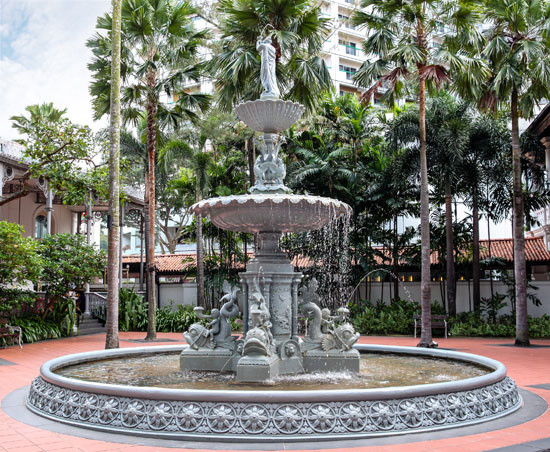 When strolling through the grounds, make sure you look out for the Travellers Palm. This iconic tree, as tales will tell, has been known to save the lives of those in search of water; its fan-shaped foliage providing welcome shade. The leaves are also said to be aligned on an East-West axis, orientating travellers should they ever be lost. 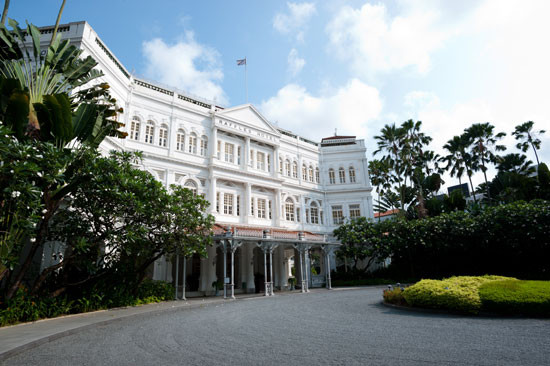 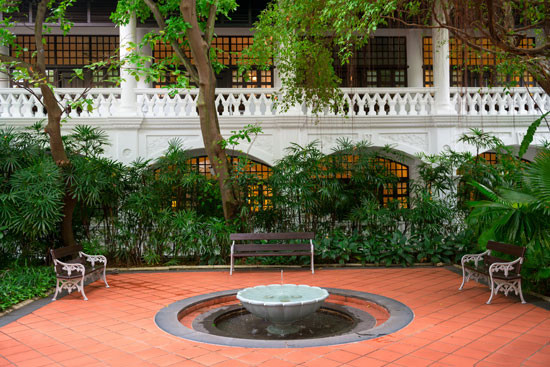 Inside is even more charming, with the beautifully lit foyer and tropical flowers. 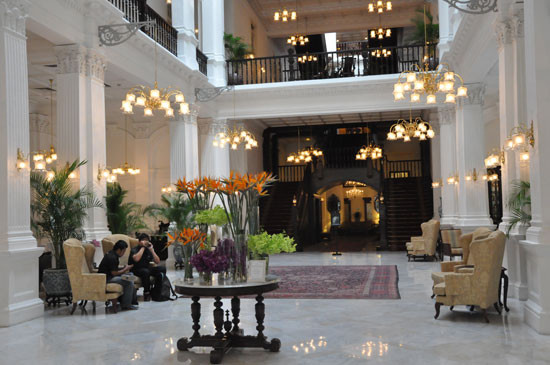 We head towards the soothing tones of harp scales. We gravitate towards the tinkling of silver cutlery and marvel our reflections in mirrored silver teapots. High tea is delicious and full of tropical flavours like mango and ginger with attentive servants and never-ending pots of tea. 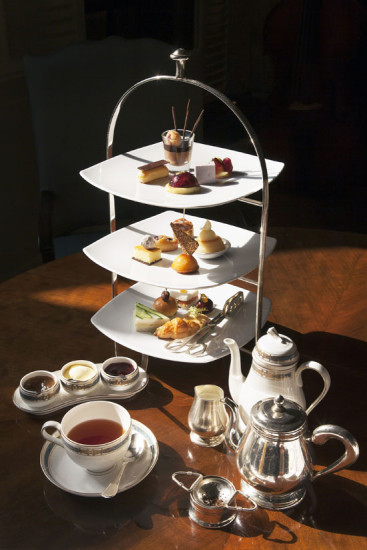 One of the reasons why Sir Stamford Raffles, the founder of Singapore, chose Singapore Island for the East India Company’s great new entrepôt between India and China was that it had once, 600 years before, been the great Lion City of the Malaysian civilisation. When he took it over (by treaty) it had declined to just a few fishing villages; so he was hardly a going concern. Within three years it had 10,000 inhabitants. Today it has 5 million. It’s a beautiful place for a holiday. 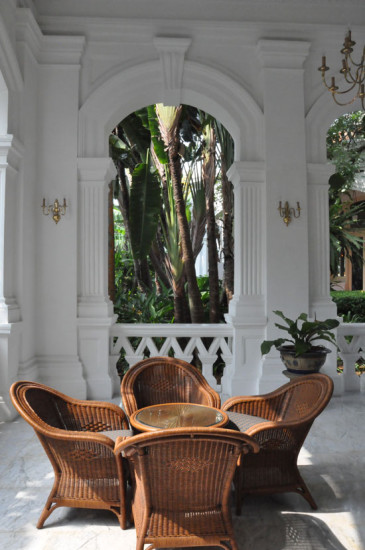 Some of us seek out the Long Bar. It’s a long walk, but we need hydration. We trip over piles of peanut shells on the floor, and we order a Singapore Sling. 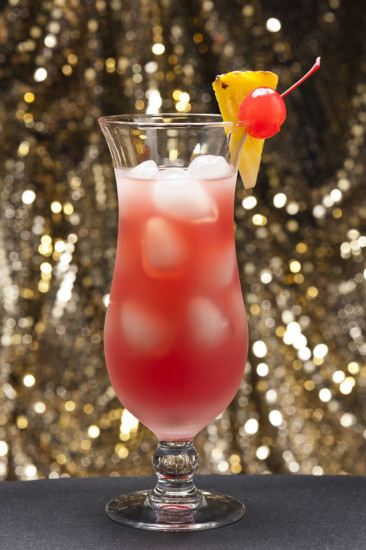 No trip to Raffles would be complete without a Singapore Sling. Photo – 3523studio/Shutterstock