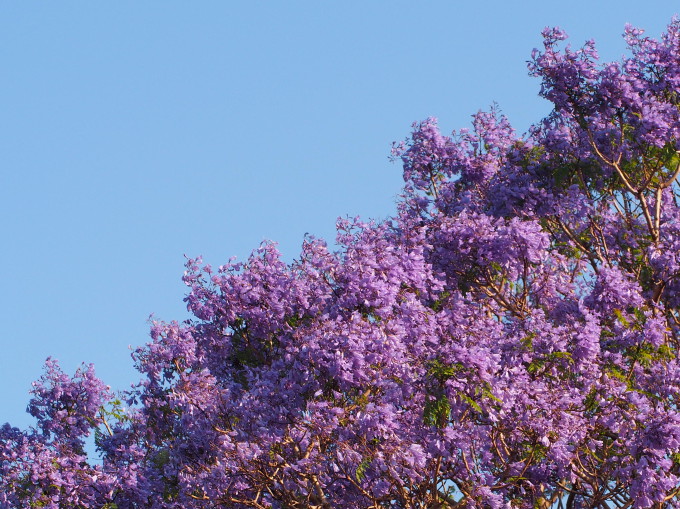 It was my good luck last Wednesday to take to the harbour with my camera for the last of the year’s Jacaranda Cruises. It was a sparkling day, tucked in between weather that was nastily hot and smoke-choked, and the purple-wreathed harbour was glittering.  Tough job! 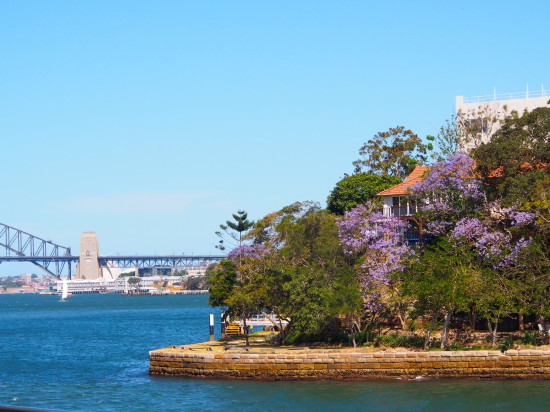 Our cruise took us east past Darling Point, north towards Mosman and then west into the sheltered waters of Hunters Hill, from where we followed the serpentine coast around Balmain,  Birchgrove and Barangaroo on our way back to the Quay. The jacarandas have been early this year so the flowers had started to fall on the more exposed trees in the east and some branches were sprouting fresh leaves under the blooms, so we saw it a little past its peak, but it was a beautiful day out nonetheless. 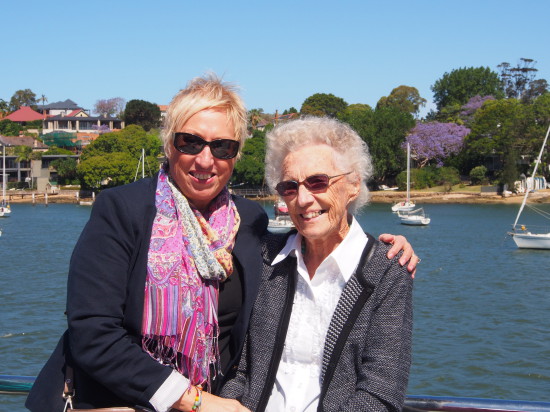 The Jacaranda Cruises are the most popular of  the 20-odd tours we take to beautiful places all around the world every year. On two Sundays and two Wednesdays in October and November we take to the harbour with a few hundred people on board. There are always lots of mothers and daughters – 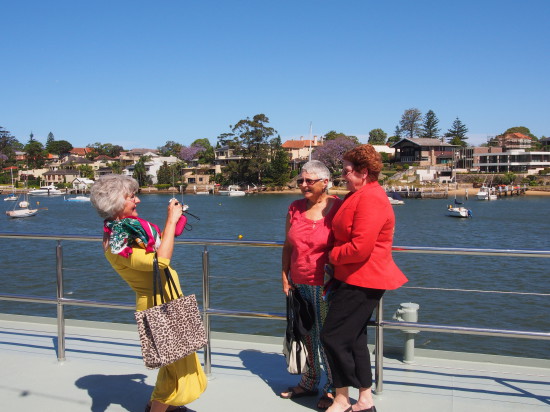 – and gangs of friends out for a good time. Afternoon tea is served and the bar is open for those who’d rather match a glass of sparkling to that sparkling view. 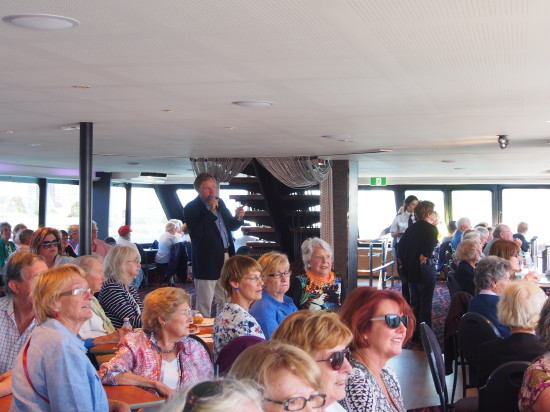 Graham Ross has been leading this tour for 30 years and has an encyclopaedic knowledge of the harbour’s history and stories, as well as the latest tales from the high end property market and other harbour developments. This year what caught everyone’s attention is what’s going on at the park at the northern end of Barangaroo. (Stay tuned – we’ll follow up with some more detail on this soon.) 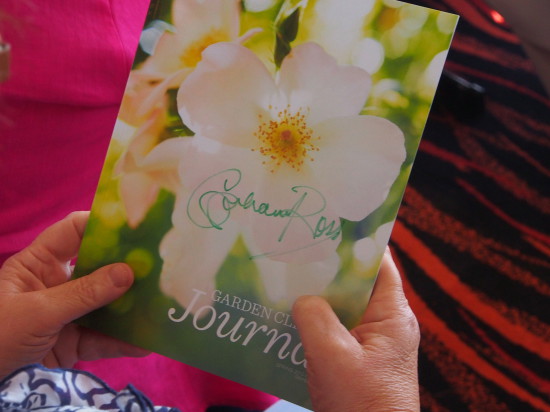 Graham was also available for a chat –  and for signing autographs on our lastest Garden Clinic Journal! 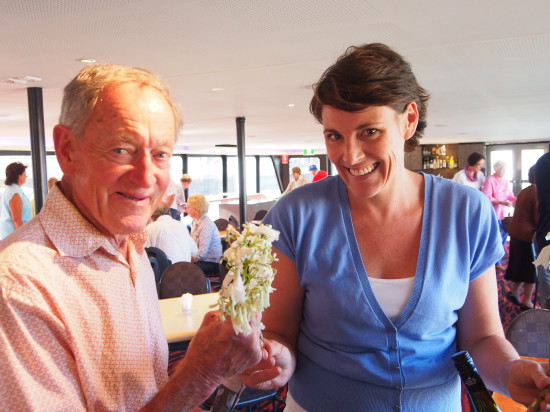 Linda Ross was also on board, and she’d brought with her a branch of the rare white jacaranda. This tree usually flowers at Christmas time, but it too was early this year, flowering alongside the purple for the first time ever. The variety is called ‘White Christmas’. It was brought into Australia by Dr George Hewitt, who was not only an obstetrician (those with a long memory will know him as the man who delivered the Sarah quads in 1950), but a keen plantsman: he planted an arboretum of flowering trees collected in South America in the grounds of Bellingen Hospital. Dr Hewitt gave a white jacaranda to Graham many years ago, in hopes he could propagate it and turn it into a commercially available plant. Turns out it’s not easy to propagate, though Alpine treemovals are soon to go into production of the tree, using tissue culture. ‘White Christmas’ doesn’t flower as profusely as the original, and only grows a third of the size.  If it sounds irresistible to you, send us an email and let us know you’d like to go on a waiting list for the plant.

If I had to choose, I’d still vote for the purple – those impressionist splodges of mauve dotted around the blue of the harbour in spring are just perfect.