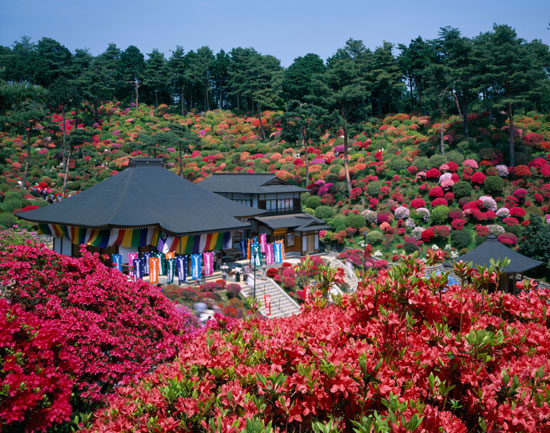 On Better Homes and Gardens TV Show this Friday night, Graham Ross dazzles us with an unusual Japanese garden in a valley made up of a staggering 20,000 clipped azaleas. Join him, in a garden only forty minutes from Tokyo but a world away from us here in Australia.

Linda shares her experience of this garden in two seasons. She takes us through the valley of azaleas, marveling at the 1300-year-old Buddhist temple, Shiofune, sitting in the heart of the valley and right up to Buddha sitting on the mountain. 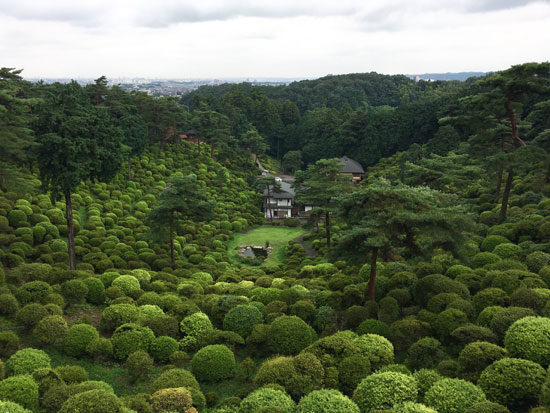 I was named after a Japanese Kurume, Azalea ‘Kirin’ whose bright pink hose-in-hose flowers honestly never held much allure. Whilst researching gardens last summer I walked through a remote mountain valley, north-west of Tokyo. It was filled with a huge number of azaleas trimmed into beautiful green balls, my mindset changed in an instant. 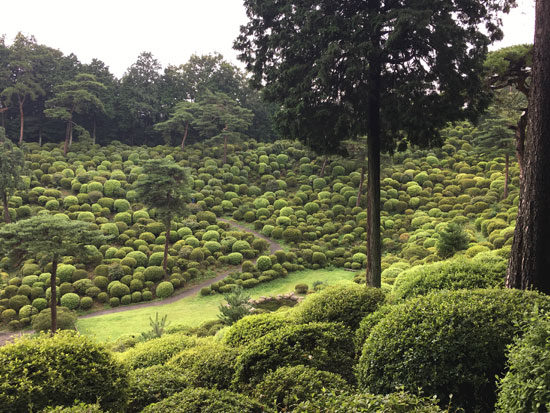 Luminescent green blobs were in the process of being reshaped, clipped into neat spheres by two master gardeners. I remember thinking they were only half way around the garden. I was the only visitor there. Can you spot the gardener here?

I arrived in the lowest part of a valley which is shaped like a giant boat hull. Looking up you see an ancient timber monastery and further at the top of the mountain, a giant stone Buddhist statue standing guard. When I first visited this garden, it was a steamy summer’s day. Japan can get hot and sultry in summer and the surrounding cricket chorus was deafening. Rain showers came and went cooling me off whilst creating clouds of evaporation swirling around the valley – adding to the magic. The number of azalea balls was boggling, the brochure says 20,000, it’s an awful lot! 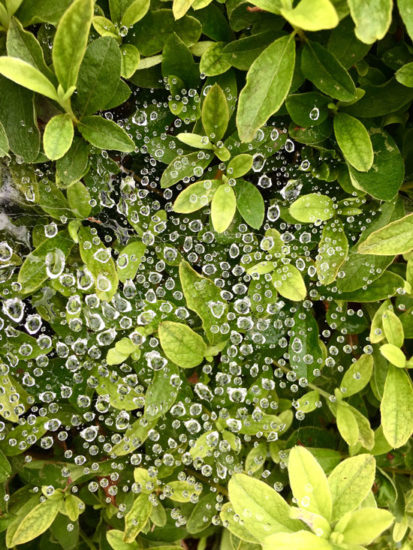 Would it be sacrilegious to say I prefer this garden in today glossy green, Refreshed from a morning shower, decorated by raindrops. Photo – Linda Ross 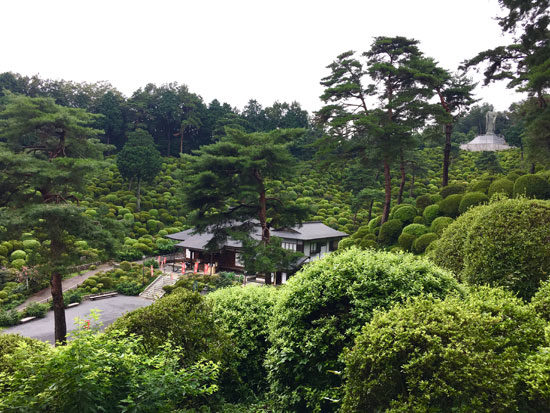 The 1300-year temple is where founder Yao Bikuni reportedly lived to be 800 years old by eating mermaid flesh. Built between the years 645-650, there is a wood carving that serves as the principal image of the temple that was made in 1264, and the main hall was erected in the Muromachi era (1336-1573). 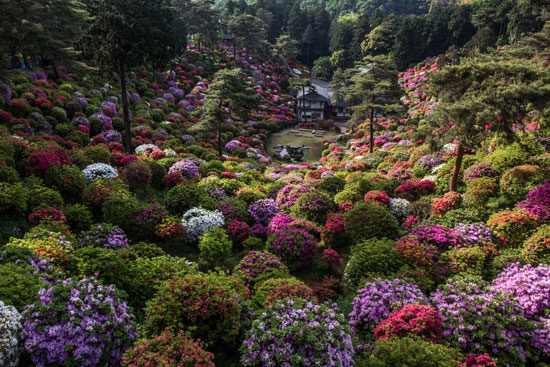 The Azalea Festival begins late April and continues in May. The valley comes alive with vibrant colour. On a sunny day you’ll need your sunglasses!

The Japanese know this temple as a temple of flowers, during the rainy season the hydrangeas bloom, lilies in mid-July, and Japanese clover and amaryllis from September to October, so you can enjoy all the different flower colours throughout the seasons.  The most eye-catching display is also the crowd pleaser – when azaleas that bloom in late April and early May. 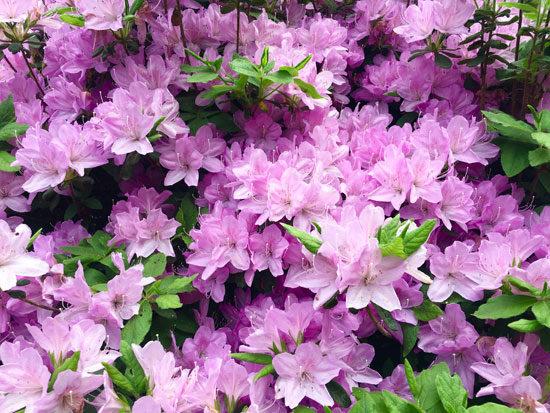 The azalea valley is made up of 20,000 azalea shrubs about eye height. There are 15 different varieties are planted, the same azaleas we grow here in our gardens.

There is a network of passages, walk through the labyrinth to gaze at the azalea flowers from within, from the valley sides and from Buddha’s birds eye view. Wide paths criss-cross diagonally along the slopes to the top of the mountain where Buddha sits surveys the boat shaped valley. Getting lost is part of the fun. And omnipotent Buddha is never too far away. 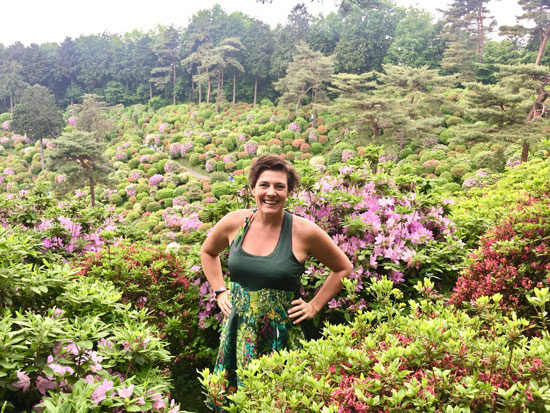 Linda Ross gets lost in the azaleas

Our Spring Flower Festival Tour to Japan takes place every year from late April to early May. As Japan celebrates Golden Week, the cherry blossoms fall, flower festivals pop up with azalea, peony and wisteria. Our floral filled adventure begins in the mountains of Nikko, travels across four islands in the archipelago Honshu, Shikoku, Kyushu and Naoshima, visiting cities Tokyo, Matsue, Okayama and Takamatsu along the way. For info call us on 1300 233 200