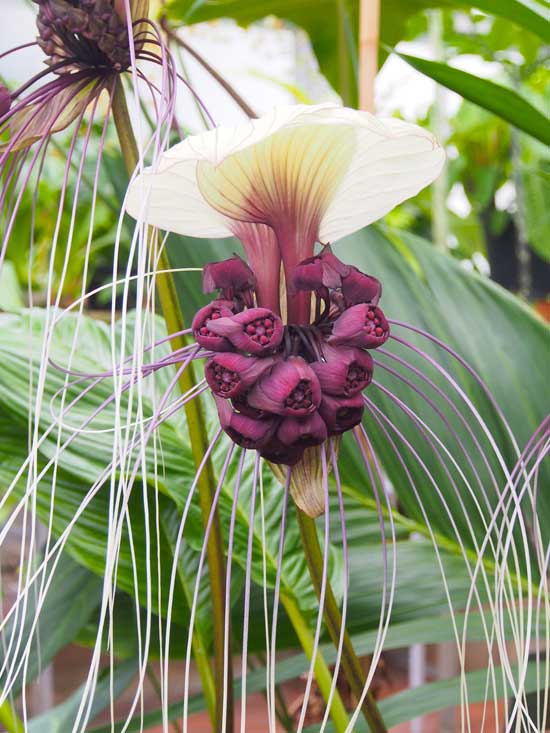 An interview by Robin Powell 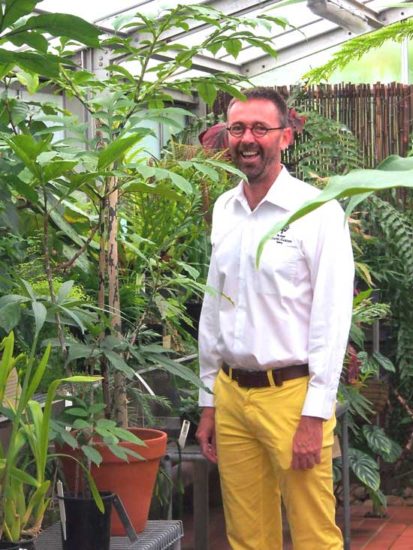 The tropical collections of the Gardens were kept in the Pyramid and the Arc, but these were replaced with a different sort of display centre, The Calyx, which opened in June 2016 with its first exhibition, Sweet Addiction, all about chocolate. We decided to use the old glasshouses near the Fern House to show off a changing selection of highlights from the tropical collection.

Are most of these treasures for glasshouses only?

About 90 per cent wouldn’t want to be outside in the winter in Sydney, including the white bat plant, the pitcher plants, the lipstick palms and tassel ferns. But some are more familiar and easier to grow: begonias, orchids, bromeliads, tillandsias, calatheas and aroids. As well we have quite a few lipstick plants,  Aeschyanthus. These are in the same family as African violets and will do well inside or out in the right position. Aeschyanthus radicans is great in a hanging  basket, with flowers that look like red lipstick emerging from the tube, hence the common name. 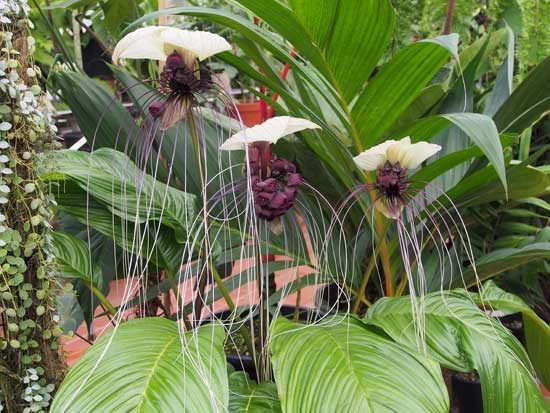 There are two parts to Latitude 23. How does that work?

At the moment one of the glasshouses is open between 11am and 2pm on Mondays, Wednesdays and Fridays. Entry is free. People love how close up to the plants they can get, and that they can come back every week and see something different. The second glasshouse holds our very rare treasures and is not open to the public but once a month I take a guided tour and tell some of the stories of some of these amazing plants.

One of these is a plant you named. Tell us about that.

It’s the smallest fig in the world, which is found in the Keep River National Park and Hidden Valley at Kununurra in Western Australia.It looks like the banyan fig, with a trailing curtain of aerial roots, but in miniature. So I called it Ficus lilliputiana. It’s easy to see growing on the sandstone walls in the caravan park at  Hidden Valley, and even easier to see it here at Latitude 23!

Join Dr Dale for a behind-the-scenes tour of the new tropical display house, known as Latitude 23 this spring on September 20, October 18 or November 15. Closed to the general public Latitude 23 is home to an amazing collection of ferns, orchids, aroids, tillandsias, bromeliads, lilies, begonias, palms and cycads – many of the plants that were kept in the Pyramid and the Arc at Royal Botanic Gardens Sydney. Discounts are available for Foundation & Friends members. Call 02 9231 8182 for bookings.