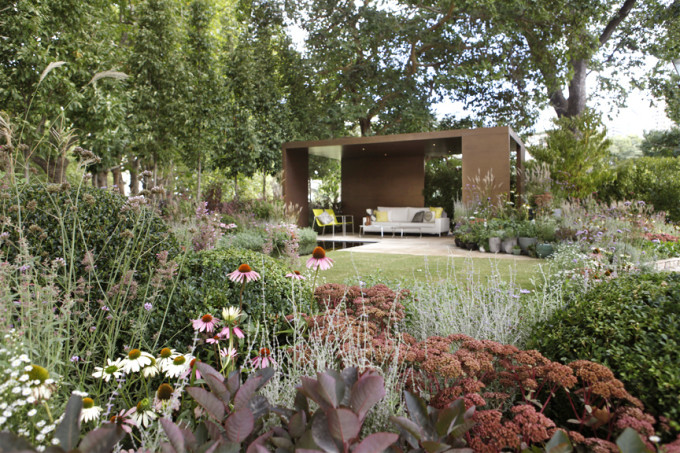 Our favourite new trend in show gardens? Plants! Sandra was abuzz after leading one of two Ross Garden tour groups to the Melbourne International Flower and Garden Show which just packed up in Melbourne. Perhaps it was the drought which in recent years led so many designers to take the outdoor room so literally. Gardens seemed to be more about furnishings and fit-outs than flora, but not this year! We loved the return to romantic flowery spaces. 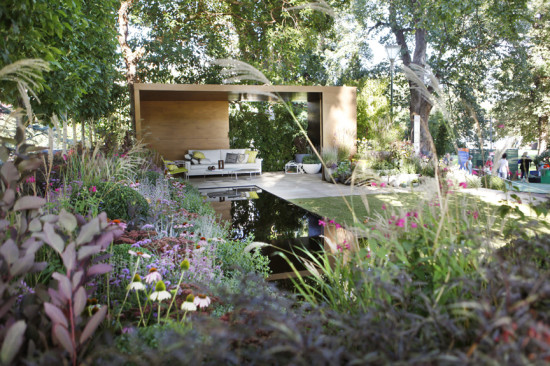 Sandra’s favourite garden was Ian Baker’s The New Wave. The garden was inspired by Piet Oudolf’s low-maintenance designs using perennials and grasses en masse in repeated groups.  Ross travellers will be familiar with some of Oudolf’s work as we’ve visited his gardens at Wisley, at the Highline in New York, and at his home in Hummelo, in the Netherlands.

Ian was introduced to the Oudolf effect when he was first invited to design a show garden at Chelsea in 2008.  Instantly smitten, he has since made it his mission to find out all he can about this new planting style, and how it might work in Australian conditions.  He’s had some help from the wonderfully knowledgeable David Glen of Lambley Nursery (Ross travellers know all too well how inspiring David’s dry garden is! Haven’t seen it?  Join us in October!). 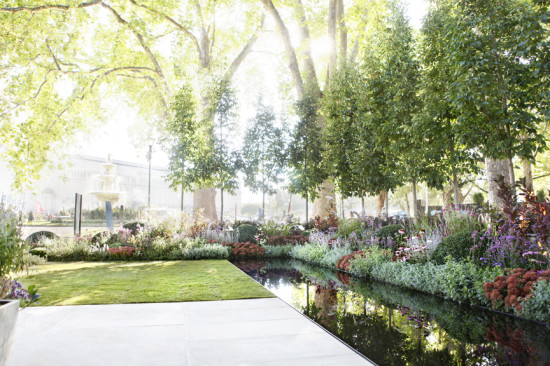 You can see here in this picture taken from the other direction, how Ian has incorporated repeated groups of perennials, grasses and shrubs, alongside the Aussie love of lawn. To have a look at Ian’s plant list, all supplied by Fleming’s for this garden,  and read his thoughts on the Oudolf style, take a meander through his blog.

Sandra was also a fan of this garden, Ordered Nature, by Guransky Design, which was awarded a silver medal by the MIFGS judges. 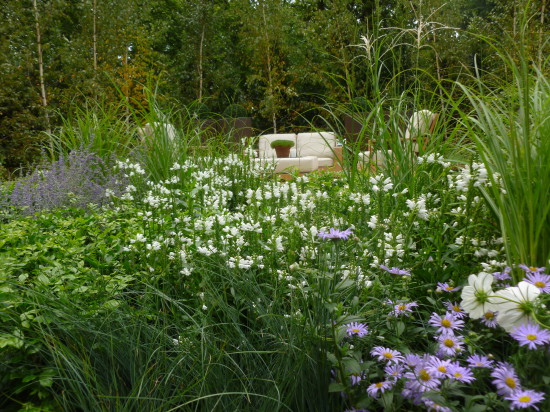 “Dreamy and elegant,” said Sandra, ” and no barbeceus or kitchens – just an outdoor room with hedges for walls, and sky for ceiling.” Have another look. 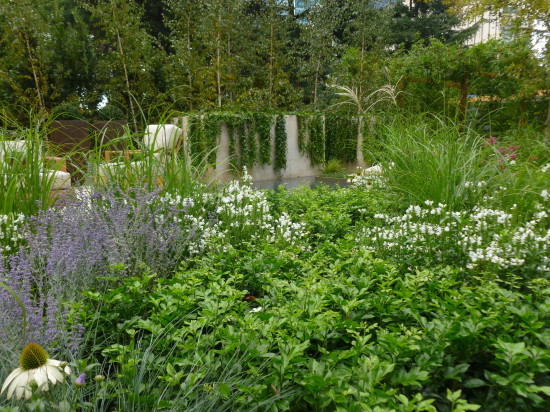 Did you notice that white echincea in the left-hand corner?  We saw quite a bit of it in a number of show gardens. If you fancy some you can find it at Diggers, which has a few varieties to choose from.  Here’s a closer look. 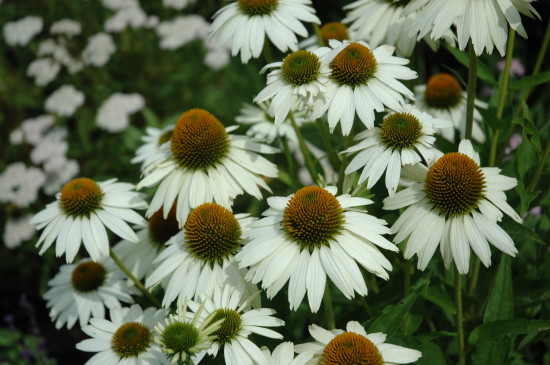 So what did you think? We’re keen to know who got your vote for Best in Show.  Oh, and who did the judges pick? We’ll reveal all (to those who can maintain a media black-out for a few more days!) in our next MIFGS post.