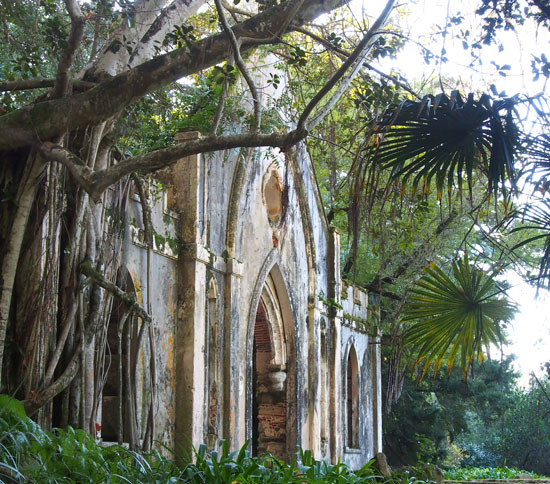 When Lord Byron visited Monserrate, an estate in the hill town of Sintra, an hour or so out of Lisbon, the neo-Gothic palace and gardens were tumbling back to nature. The poet was inspired by its sense of gentle decay and wrote about the ‘ruined splendour’ lingering still in his epic Romantic poem, Childe Harold’s Pilgrimage. The poem put Montserrate on the touring itinerary for every 19th-century Brit with a romantic streak. 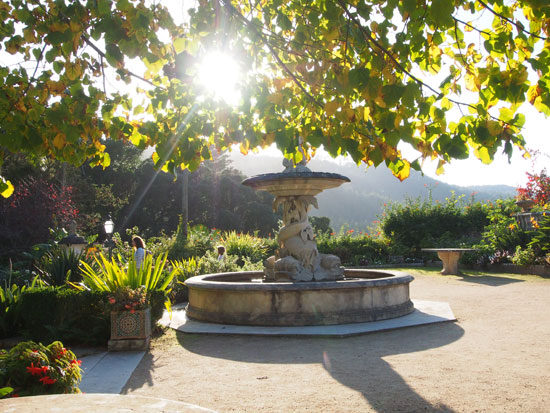 One such tourist was Francis Cook, who had made millions out of the textile trade with India, so could indulge his instant attachment to Montserrate. He bought the property as his family’s summer residence in 1856 and set about constructing a fantasy palace in which a love of roccoco details married a passion for Moghul Indian style (imagine Marie-Antoinette let loose on a Rajasthani palace!), with gardens to match.

Four generations of Cooks spent summers at Montserrate, but by the 1980s the estate was again falling back towards nature, this time engulfed by a tidal wave of Portugal’s most invasive weed – the Sydney wattle, Acacia longifolia. Resurrection began again, and the restored estate was finally opened to the public in 2010, three years later winning The European Garden Award for Best Historic Garden. 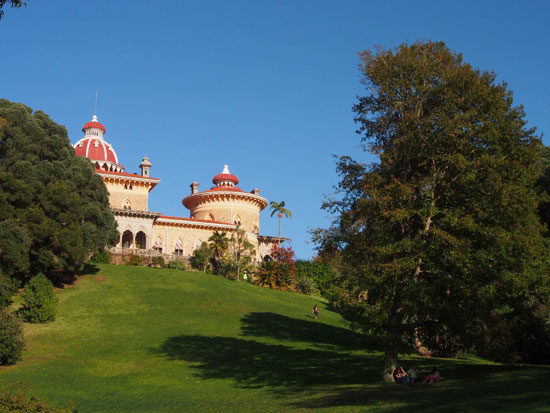 It’s not just the wattle that found it’s way from our shores to the hills of Montserrate – Australian plants feature throughout the gardens. Francis Cook envisaged the garden as  a global showcase of the new plants arriving in Europe in the middle of the 19th century. The first exotic tree he panted was a Norfolk Island pine, Araucaria heterophylla, which is now the tallest tree in the park, towering 50m over the garden. Cook followed the Norfolk Island pine with it’s cousin, the Bunya pine, Auracaraia bidwilli, and groves of Bangalow palms.

There’s also a whole gully of tree ferns, underplanted with plectranthus and low-growing ferns. Like so many Victorians, Sir Francis was mad for ferns. He also knew how well they adapted to the conditions at Sintra, as Queen Dona Maria II and King Don Fernando II had planted them all through the protected areas of Pena Palace, just up the hill a bit. (The royal couple had picked up the tree ferns on a state visit to the Azores Islands, where the ferns were acclimatising on their way from Australia to fern-mad Britain.)

A Moreton Bay fig is also a dominant feature in the garden, its moss and lichen-covered roots picturesquely straddling, supporting or strangling –  it’s hard to tell which! –  the ruins of a neo-Gothic chapel, which many modern romantics choose as the backdrop for wedding photos. 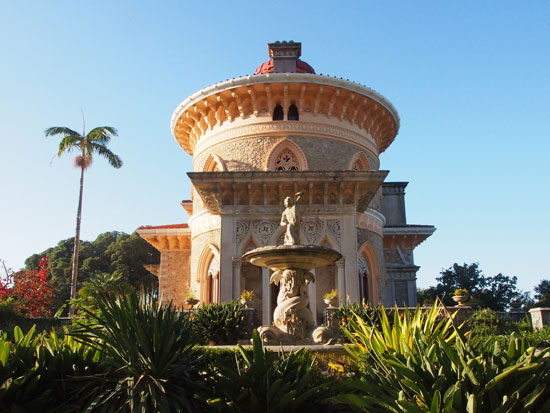 Francis Cook had one of the greatest private art collections in Britain, and his passion for collecting is evident throughout the gardens. Apart from all of the Australian plants marking him out as being at the forefront of botanical acquisition, Cook added a Japanese-style garden, a South African garden of dry climate plants, and a magnificent Mexican garden where bromeliads perch in dragon trees, and great mounds of vivid blue salvia glow between cycads and low-growing palms.

He brought English garden traditions to Portugal too, making Portugal’s first lawn, which veers down a slope so steep a whole new watering system had to be invented to care for it. Cook’s rose garden has been re-thought and now features 200 historic rose varieties, many of them scrambling and climbing roses that swathe tree stumps in an amphitheatre of spring and summer colour. 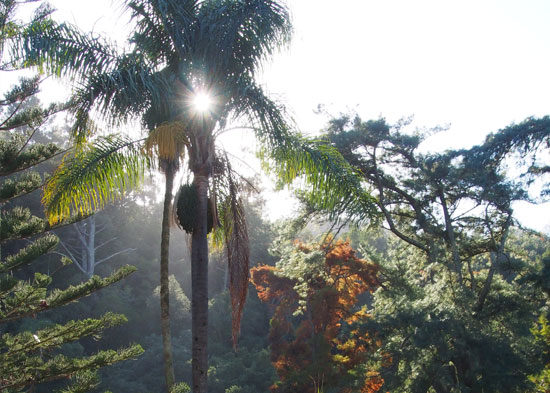 The house is a fabulous concoction that celebrates a life of music, art, books and design. Panels of Delhi alabaster, carved in the Moghul style are used as screens in the hall. The library features walnut shelving and decorative wallpaper and paintings, and the music room’s dome is decorated with plasterwork flowers and gilded garlands. In the gallery that connects the three towers of the palace, Indian style arches and columns gives a sense of depth and distance, and it’s easy to image each niche filled with a potted fern on a marble pedestal, brushed past by the ladies of the house in long white dresses and enormous hats. From every window, there is a view of the terrace and the garden beyond.

Montserrate’s splendour is no longer ruined as it was in Byron’s day, but it is still a romantic treasure, where the palace is a fantasy and the gardens are just a little bit on the wild side. 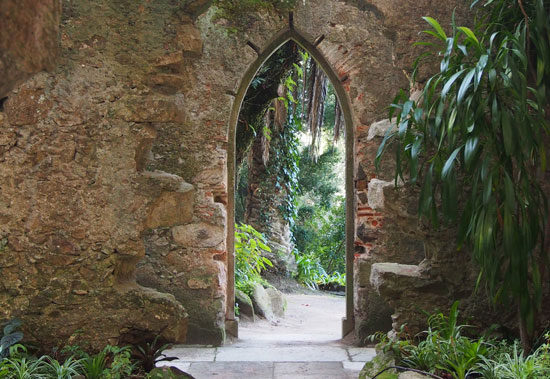 Visit Monserrate on our exciting new Gardens of Portugal tour in May 2019. We’ll see the best of Lisbon, Porto and Evora and skip over to Madeira for the Madeira Flower Festival. Call Ros & Royce on 1300 233 200 if you’d like to be kept in the loop about our plans.