This week we are thrilled that our recent travels through Nikko, Japan will be broadcast on Better Homes and Gardens TV Show starting this Friday 13th July.

There is a saying in Japan, from old-timers mostly, “Never say kekko (I’ve had enough) … until you’ve seen Nikko.”

In Nikko there’s something for everyone – dramatic landscapes, craggy mountains, tumbling icy streams, pilgrim worthy shrines, ancient cedar trees, a story of a Shogun who unified Japan, a perfectly proportioned Buddhist temple garden and Japan’s first Western resort hotel, where we have chosen to stay for forty years – the Kanaya Hotel.

Nikko, is the mountain heart of Japan and a must-see destination that drew more than 6 million visitors last year and over 1000 Ross Garden Tour travellers over the years.

Located at the foot of Mount Nyoho in western Tochigi, Nikko has been a centre for religious activity since the eighth century and boasts some of Japan’s most famous Buddhist temples and Shinto shrines — so famous, that in 1999 UNESCO designated them collectively as a World Heritage site. 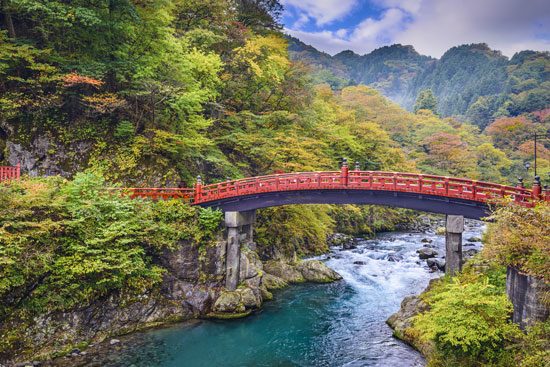 Not to be missed is Shinkyo Bridge, the glossy red Sacred Bridge located over a picturesque ravine below our hotel, lies at the entrance to Nikko’s famous shrines. The bridge which dates from 1636 is ranked as one of Japan’s three finest bridges. Photo – Sean Pavone 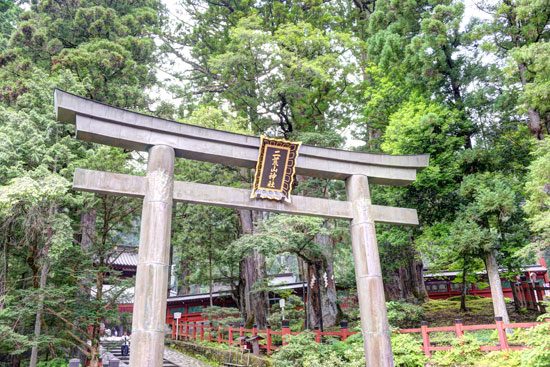 Many visitors make their first stop the Toshogu Shrine, the site of Tokugawa Ieyasu’s enshrinement. Among the many attractions of the complex is the Yomeimon Gate, where more than 400 wood carvings take on varying hues depending on light conditions. Japan’s top craftsmen worked for more than 12 years, finally completing the structure in 1636 — to the tune of an estimated 200 billion yen in current terms. Photo – Linda Ross 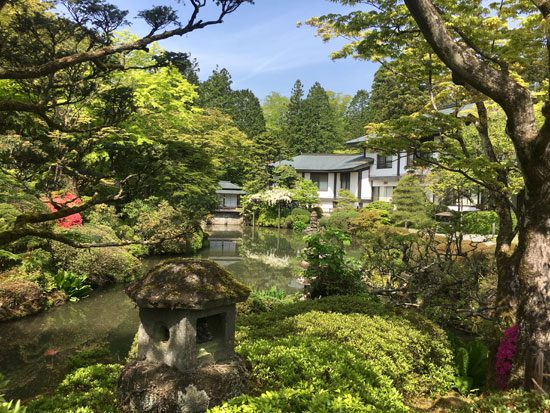 We visit Shoyoen, an intimate Japanese garden designed around a reflective lake with teahouse and stone bridge. It sits within the grounds of Rinnōji, Nikko’s most important temple, founded by the Buddhist monk who introduced Buddhism to Nikko in the 8th century. In spring you see white wisteria and the beautiful peony collection and come autumn it makes a perfect autumn leaf spot for fiery red Japanese maples. Photo – Linda Ross 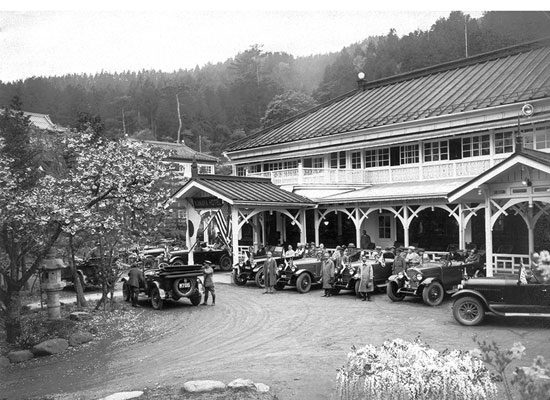 When Japan finally opened its doors to the world in 1854 after more than 200 years of isolation, it received an influx of foreigners who arrived in Japan for diplomatic purposes. The number of visitors to Nikko also increased sharply, and travellers stayed where we stay – at the Hotel Kanaya, the first resort hotel for Westerners. Isabella Bird and Albert Einstein both stayed here, and the hotel has just celebrated its 140th birthday. 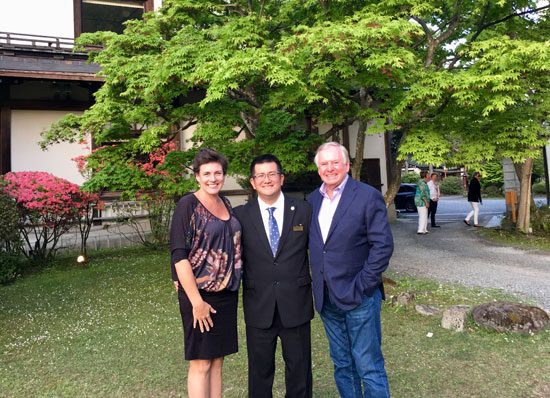 It’s in the grounds of this special hotel, under the watchful eyes of dear friend, Manager Suzuki San where Graham Ross planted ‘Hercules Friendship’ the Australian Wollemi Pine in April 2017. Herc survived his first winter snowfall and has put on a few inches of new growth. We look forward to catching up with him every time we stay. 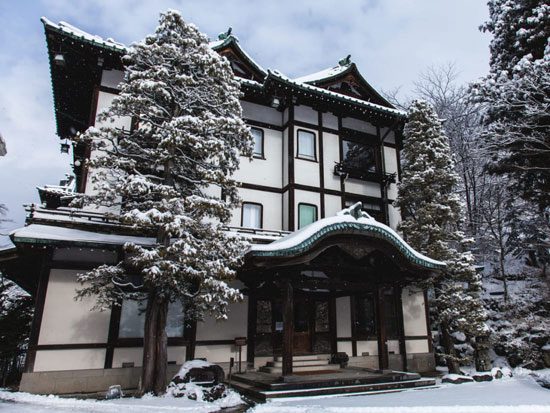 Hercules grows in a garden full of rare conifers including an Umbrella pine (Sciadopitys verticillata) which stands at the right of the hotel’s entrance. Native to Japan, the umbrella pine is one of the oldest trees on earth. Fossil records indicate this species dates back literally millions of years. Like Wollemia nobilis, it’s the only one in its genus.

Friday’s television piece features Nikko – a place that has become very dear to our hearts and the hearts of everyone who has visited Japan with us over the last forty years. Nikko is included in all our Japan itineraries – Spring Cherry Blossom, Spring Flower Festivals and Japan in Autumn.

We hope you enjoy the travelogue from one of our favourite places on earth, Nikko, Japan.