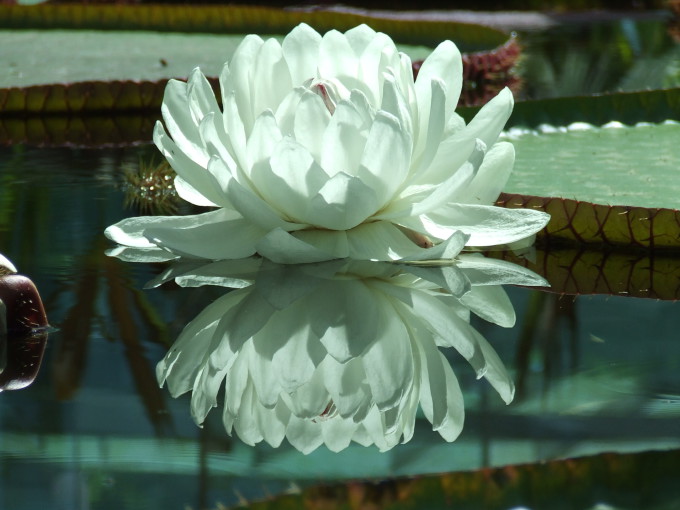 How’s this for a showstopper –  when Victoria amazonica bloomed in the South Australian Botanic Gardens in 1868, newspapers ran hour-by-hour updates. More than 30,000 people – a sizable chunk of the entire state’s population – turned up to see it in a five-day period. You might make jokes about the cultural life of Adelaide at the time, but the fact is that the flower was a triumph for the director of the garden, Richard Schomburgk. 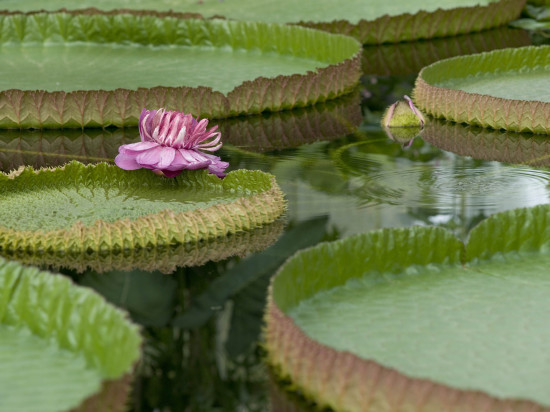 Richard had been on an expedition with his brother Robert in 1837 when the lily was first collected. They were in British Guyana on the northern coast of South America. Richard was collecting for the University of Berlin, and Robert for Kew. The lily went back to England, and the glory was Robert’s. The plant, named Victoria regia at the time, has leaves up to two metres wide and gigantic fragrant white flowers that change colour overnight to become pink. Not surprisingly, it inspired severe cases of plant envy and a race among the country’s elite ‘gardeners’. 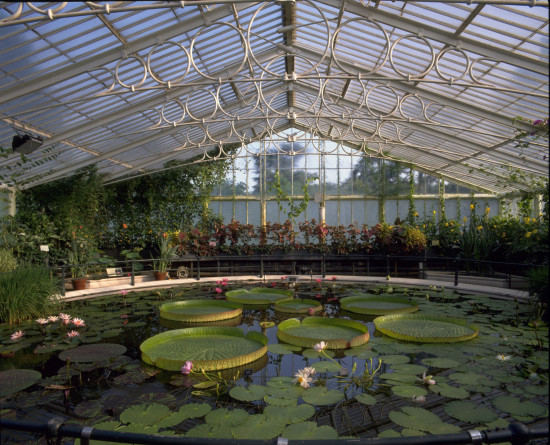 The winner was the Duke of Devonshire, whose Amazonica flowered in the greenhouse at Chatsworth in 1849. (This pic shows the waterlily house at Kew, where we see the lily bloom every year when we visit in May.) The Duke’s head gardener was Joseph Paxton. He had entrusted a seed to a young gardener called Eduard Ortgies, who had almost instant success: in two months the leaves were more than a metre wide and a month later it had flowered, to widespread acclaim. 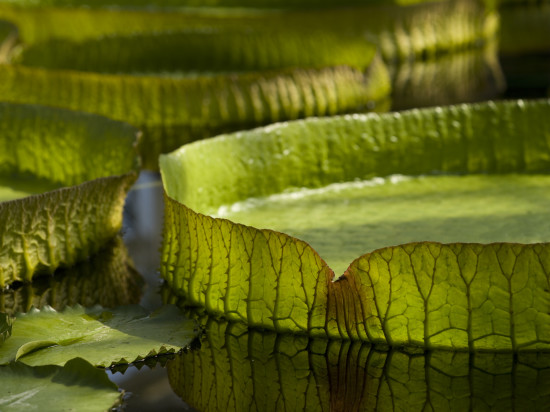 The plant continued growing. Clearly it would need a bigger house and Paxton took inspiration from the natural engineering of the leaf itself. Radiating, air-filled struts connected by flexible cross ribs give it great strength, which he tested by famously having his daughter Annie stand on a leaf in the middle of the pond. Paxton tried out a design for his glasshouse at Chatsworth, and a few years later scaled up his ambitions in the magnificent Crystal Palace he designed for the Great Exhibition of 1851. 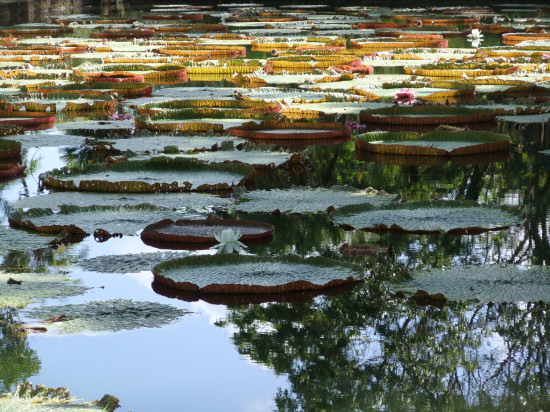 The lily is now known as the Victoria amazonica, referencing its origins in the quiet ponds and oxbow lakes of the Amazon. The enormous leaves have upturned edges for literally shouldering out any competition, and are also armed with thorns, for deterring nibbling fish and hungry manatees. Notches in the upturned walls allow rainwater to drain away. The flower is even more extraordinary than the leaves. It spreads its white petals at sunset, allowing easy landing for beetles drawn by the colour and the bloom’s seductive fragrance.  As the petals spread, the flower pumps up its temperature by six degrees, providing a cosy overnight stop for the pollinating beetles, which are folded into the flower as the petals close. The next evening when they open once more the flowers are pink. The beetles escape and go in search of a fragrant white bloom in which to spread last night’s pollen collection. Having been pollinated the pink flower folds over on itself and sinks to the bottom of the pond. 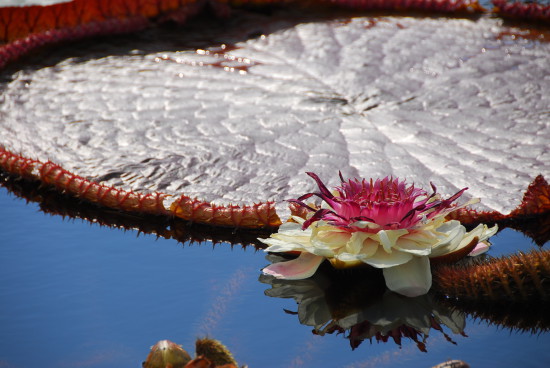 Something so extraordinary quickly made its way around the world. Eduad Ortgies was headhunted and took a seedling to his new employer, Louis Van Houtte, who worked for King Leopold of Belgium. The first Victoria on the continent flowered in 1850, in a glasshouse constructed especially for it in the Brussels Botanic Gardens. As you can see, it’s still the highlight of the lily house, even when it’s not flowering. 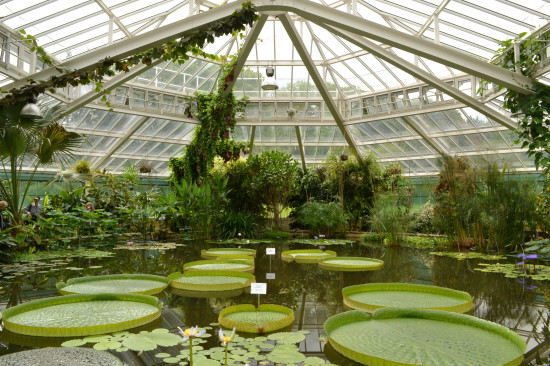 Just as I was finishing this post, I came across the catalogue from Florilegium, with a gorgeous picture of a Victoria lily on the front, and news inside that the curator of plants at Longwood Gardens, Tomasz Anisko, has written a book on the plant. 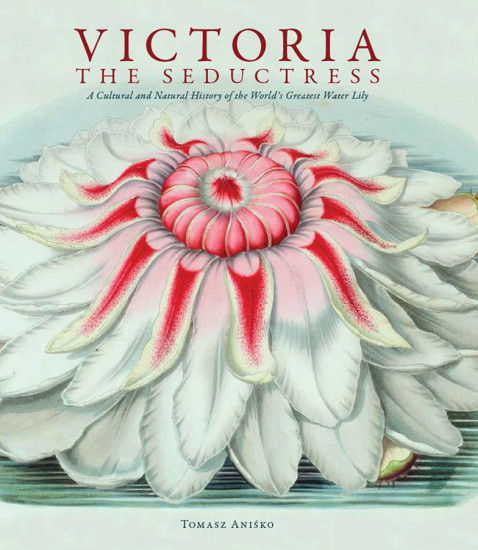 Longwood itself has played an interesting part in the history of the lily, having hybridised Victoria amazonica with Victoria cruziana. We’ll be visiting Longwood in May, and hope to see Victoria longwood in flower when we do. We always manage a sighting in Kew in May, and have other chances for a viewing of this extraordinary flower when we visit the Singapore Botanic Gardens in March and August, and on our Great Southern Rail tour next October, when we hang over the pond that Richard Schomburgk built for his Victoria lily’s triumphant flowering 150 years ago.