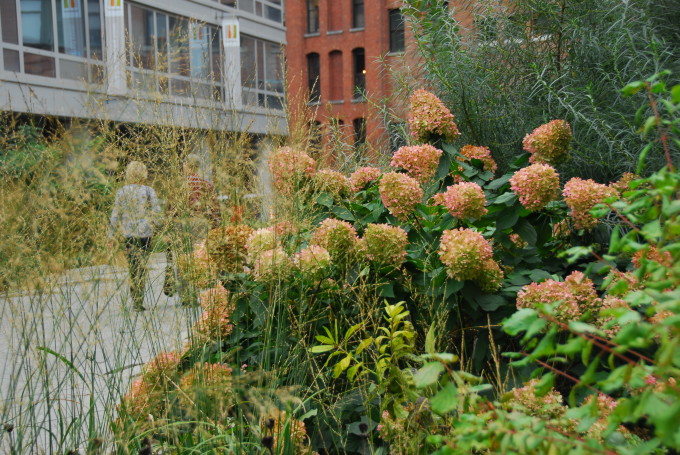 A few weeks ago I read about workers removing the last remaining bits of track of Sydney’s monorail. After 25 years the unpopular transport project has been relegated to memory – and a few remaining privately owned stations.  How different the decommissioning of New York’s old freight rail, the High Line! 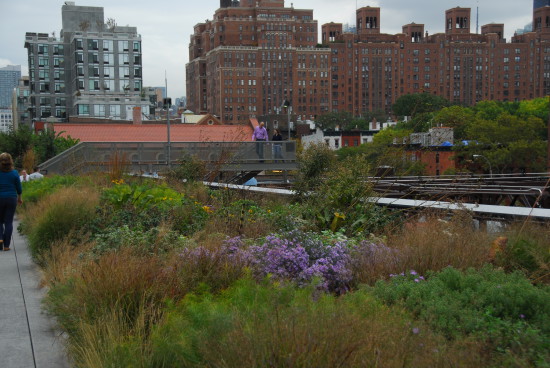 In the 1930s the High Line was envisaged as a truce in the uneven war between freight trains and humans on New York’s West Side. So many people died in collisions with trains that 10th Avenue became known as Death Avenue. Men on horseback, called West Side cowboys, were employed to ride in front of the trains waving red flags and clearing the tracks. The High Line, (a project with a price tag of US$2 billion in today’s money), lifted the trains into the air, and the people on the ground got their roads back – or at least they did until freight moved from trains to trucks. The last freight train ran on the High Line in 1980, about the time that our monorail was being dreamt up – and now it looks like this. 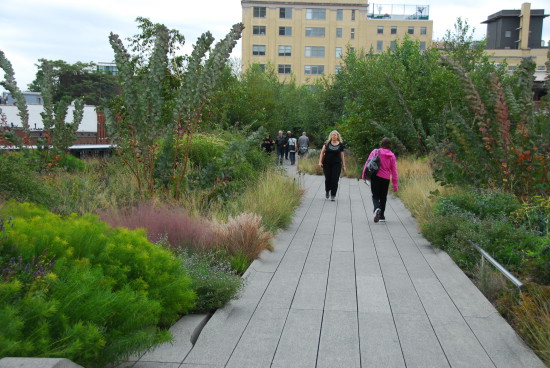 Visionary, right.  The visionaries were a not-for-profit community-based group, Friends of the High Line, who formed In 1999 when it seemed the line was destined for demolition. The group fought for its preservation as a public space, and triumphed. An  international competition for the design was run and won by the landscape architecture firm James Corner Field Operations, who also did the Queen Elizabeth Park in London for the Olympics, and architects Diller Scofidio + Renfro. The first section of the renovated High Line opened in 2009 and next year the third and final section, High Line at the Rail Yards opens and wraps up an amazing project. 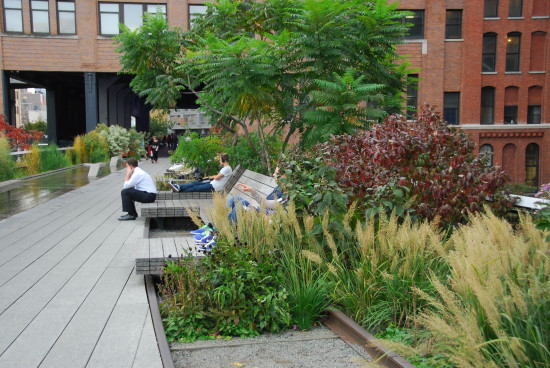 While we love the landscaping of pathways, access points, seating and lighting on the High Line, what thrills us most is the planting. The man responsible is Piet Oudolf, who over the past few decades has changed the way we think about using perennials.  The Oudolf style is characterised by plants chosen for their texture and form as much as their flowers. There are big swathes of single plants so that the result is soft and light – a bit like a perfect meadow of wildflowers. (Have a look at his site, where you can see lots of pictures of his work, and even print out the plans!) For the High Line Oudolf took inspiration from the self-seeded landscape that had grown up between the railway tracks, and interpreted it with 300 species of grasses, perennials, shrubs and trees chosen for their hardiness and their seasonal variations in colour and texture. 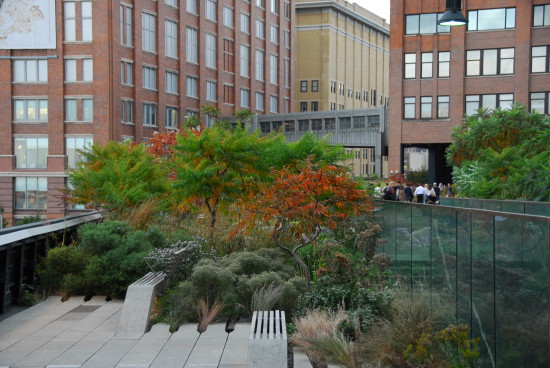 The pictures here are by garden designer and writer Michael McCoy. Michael leads the Ross Garden Tour that takes in the High Line, and recently posted on his blog, The Gardenist, about a talk given in Melbourne by Robert Hammond, who is the Executive Director of the Friends of the High Line. I was reminded of Michael’s post when I read about the dismantled monorail and went back to read it again.

Michael went along to the talk curious about the contribution of the unusual planting to the success of the whole High Line project.  Robert Hammond told him that the planting seemed to change the behaviour of New Yorkers. Notoriously unromantic, and impatient to get places, on the High Line New Yorkers slow down – and even hold hands! (Read the rest of Michael’s post here, as well as the comments it generated about flowers and their effects on people.)

We might have missed an opportunity with the monorail, but here at Ross Garden Tours HQ we are excited about the new park being developed on disused railway track in Ultimo.  The Goods Line project will create a raised park for half a kilometre between the Devonshire Street pedestrian tunnel and the Powerhouse Museum. It’s due for completion in 2014 and we’ll bring you an update as soon as there is something to see. Fingers crossed for flowers!

Meanwhile, Michael McCoy is taking a Ross Garden Tours group for a look at the High Line, and other garden treats of East Coast USA, next May. Check out the full itinerary here.