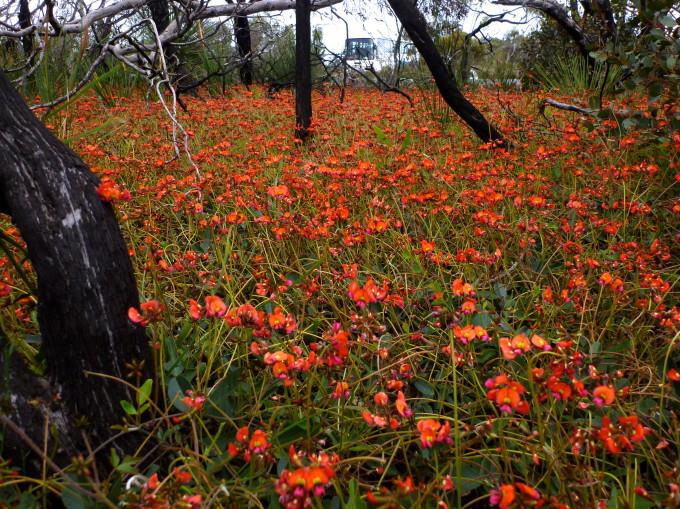 Wildflowers of the West

Are Western Australia’s spring wildflowers on your must-see list? They are definitely on mine. Apparently we missed a ripper show this season. Angus Stewart is our expert wildflower hunter and says the winter was perfect to bring on a brilliant flowering. He sent these images from his Ross Garden Tour of south west WA.

“Winter and early spring rains made for one of the best shows I can remember and we had some amazing experiences, including carpets of coral peas (Kennedia coccinea) like the one above. At Fitzgerald River National Park, which is one of Western Australia’s best-kept wildflower secrets, we saw spectacular wildflowers, including Qualup bell (Pimelea physodes) and Barrens regelia (Regelia velutina). The Park has stunning views of the coastline, seen here with the very recognisable foliage of the royal hakea (Hakea victoria). 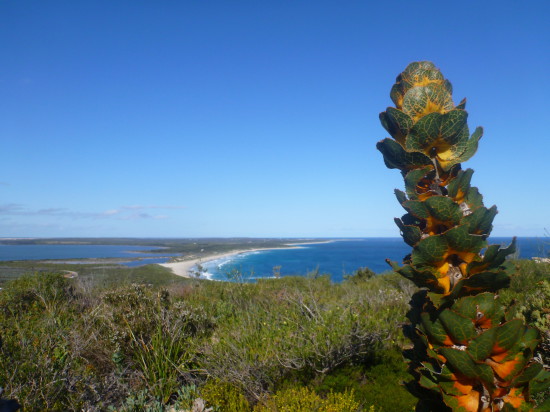 An unscheduled stop on our way west to Albany brought us into a mind-boggling patch of prostrate banksias (Banksia repens), yellow feather flowers (Verticordia chrysantha) and numerous ground orchids. The incredible diversity is a reminder that this part of Western Australia is home to more than 1500 plant species, most of which are endemic to the region.  A bit further along found us in a patch of red kangaroo paw (Anigozanthos rufus) that was budding up very nicely alongside bright yellow ground hugging cotton heads (Conostylis species). 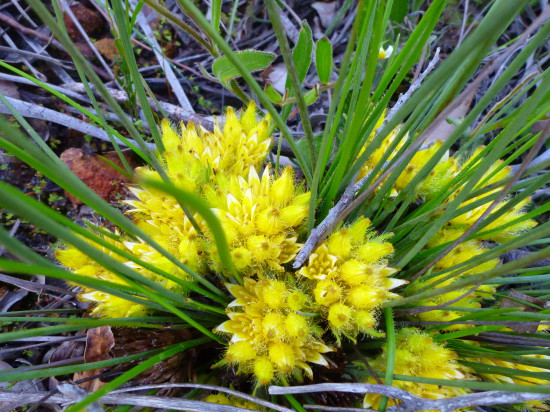 Once we reached Albany the highlight was the Albany bottlebrush (Callistemon speciosus). The large, rich red flower heads are perhaps the largest of the genus and were a magnet to nectar-feeding birds such as the New Holland honey eater. 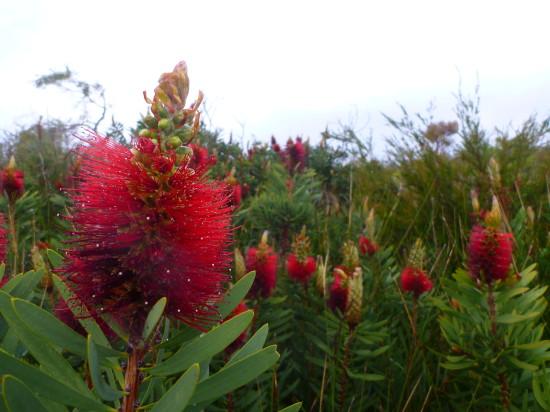 Perfumed pink boronia (Boronia heterophylla) made a beautiful companion plant to the callistemon, and to complete a perfect day of nature viewing, a mother whale and her calf idled the day away in the bay below us.

Overcast weather followed us into the Stirling Ranges, with low cloud scudding across the mountains shrouding WA’s tallest mountain, Bluff Knoll, in a rather brooding and mysterious fashion. A patch of the elusive Swamp Daisy (Actinodium cunninghamii) was undoubtedly the highlight of the day. This delicate beauty is related to the world’s tallest flowering tree , the mighty Mountain Ash (Eucalyptus regnans). 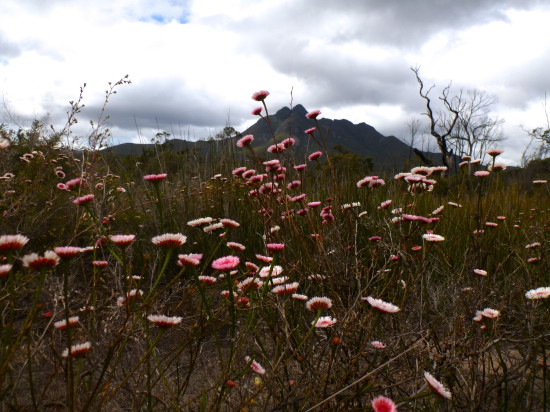 The limestone-based coastline of the Margaret River region makes a dramatic backdrop to its world-famous wines. The region is also becoming know for some excellent local produce, and for our group the extraordinary biodiversity is another reason to linger. We especially loved a headland that displayed balls of pink rice flower (Pimelea ferruginea) in every variation from brilliant bright pink to snow white. 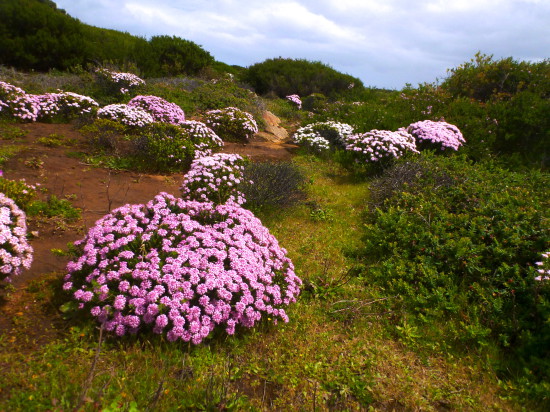 A tip-off from a local orchid enthusiast led us to a rare terrestrial orchid in the form of Chapman’s Spider Orchid (Caladenia chapmanii), an intricate burgundy flower that most people would walk past without noticing. 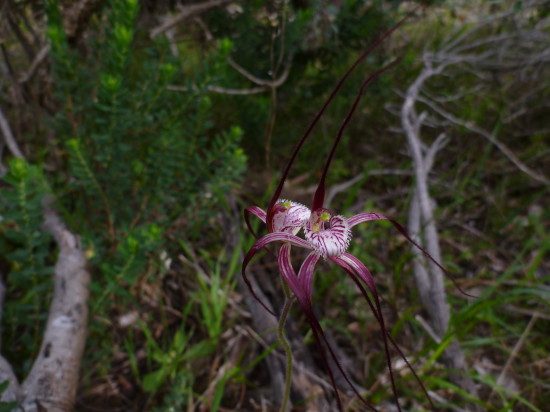 The grand finale to the tour was a day at Kings Park in Perth. Here a bewildering array of wildflowers from all regions of the state are grown against the backdrop of the city of Perth. It’s an inspirational place and underlines how the wildflowers of this unique region can be brought into modern Australian gardens. While we were there we met up with plant breeder Digby Growns, for a behind-the-scenes tour. Digby is developing new varieties of kangaroo paws, grevilleas and boronias for commercial release around the world. Expect to see the first of his grevilleas in garden centres in 2016!”

Angus will lead another tour to see Western Australia’s wildflowers next year. To be kept informed about details of the tour, send us an email.